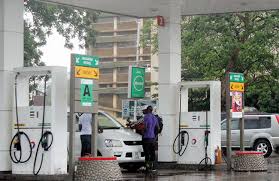 Former National Energy Sector and Allied Workers Union General Secretary Yotam Mtayachalo says the government has no option but to take radical measures to bring down the cost of fuel in Zambia.

Mr. Mtayachalo says this will safeguard the interest of many ordinary Zambians and more importantly the workers who have had no any meaningful salary increments in the past few years.

He says although there has been a slight increase in the price of crude oil on the international market in the recent past from around seventy US dollars per barrel to about seventy eight US dollars per barrel, the government has a responsibility to put in place measures to protect Zambian consumers from rising fuel costs.

Mr. Mtayachalo says it is undisputable fact that fuel is a life blood of the country’s economy and as such any significant increase in the price of fuel of the commodity has a serious multiplier effects on many vital economic sectors which depend on fuel.

“In light of the foregoing, the PF government which projects itself as a pro poor government must walk the talk and emulate former President Rupiah Banda’s government which in 2008 intervened in the market and brought down the cost of fuel, the move which was meant to protect the interest of Zambian consumers.

Country men and women on 24th September 2008, the then Board Chairman for the Energy Regulation Board (ERB) Mr Sikota Wina announced a massive reduction in the price of petroleum products at a media briefing following the wise decision which was taken by the MMD government to cushion consumers against rising fuel costs by reducing excise duty on fuel from 45% to 36% respectively,” he said.

“Further it must be realised that the move to reduce the pump price of fuel was done at the height of the global recession when the price of crude oil on the international market had skyrocketed from around $70 per barrel to $147 per barrel the highest in living memory, he said.

Mr. Mtayachalo says the prevailing price of crude oil on the international market is now hovering around $78 per barrel as compared to $147 per barrel in 2008 during the financial crisis and he finds no legitimate grounds to why the pro poor government cannot act accordingly in line with its pro poor