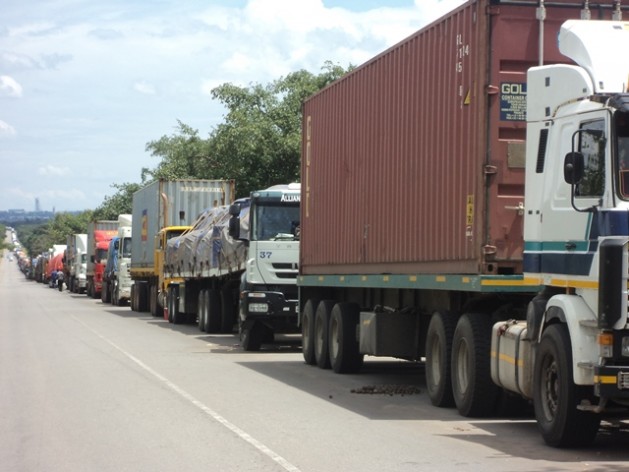 The Road Transport and Safety Agency (RTSA), has impounded over 400 motor vehicles for abrogating Statutory Instrument No.76 of 2016 which restricts Public Service Vehicles (PSV) from moving at night.
RTSA Head of Public Relations Fredrick Mubanga says the agency recently conducted a five-day special operation to ensure compliance with SI 76 and the Agency is disturbed with the high number of PSVs drivers and operators contravening the provisions of SI 76 of 2016.
Mr. Mubanga says the operation which was conducted along the major highways in the country reveled that a number PSV drivers and operators are operating outside the provisions of SI 76 of 2016.
“The SI 76 of 2016 restricts the movement of Public Service Vehicles and vehicles in transit between 21:00 hours and 05:00 hours. However, in 2017, Government announced amendments to SI No. 76 of 2016 to allow goods PSVs to operate day and night after acquiring a permit indicating that the operator has adhered to the fleet road safety management guidelines,” he said.
“Thus, all goods PSV operators wishing to operate at night must apply for a permit from the RTSA and should put in place road safety measures in line with the stipulated five pillars namely, Driver Management, Vehicle Management, Journey Management, Health and Safety and Organizational Management.”
He however said the Agency is concerned that only three operators and companies have applied and managed to acquire a permit to be allowed to move at night and most operators opt to defy provisions of the law in this regard with impunity.
“Any person who contravenes the provisions of the SI commits an offence and is liable upon conviction, to a fine not exceeding one thousand penalty units or to imprisonment for a term not exceeding three months, or both. The Agency will also not hesitate to revoke operator’s licenses for companies that are contravening the terms and conditions under which their licences were issued,” said Mr. Mubanga.