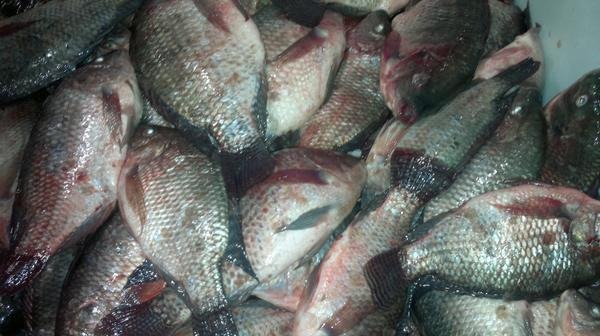 Ministry of Livestock and Fisheries says $23.7 million has been set aside as seed fund for the aquaculture development in order to improve the livelihoods of beneficiaries along the aquaculture of the value chain.
Speaking to the media, Livestock and Fisheries Minister Kampamba Chewe says the Zambia aquaculture enterprise development project will be implanted with the support from the Africa development Bank.
Ms Chews says through the increased fish production under the aquaculture seed fund the annual fish deficit will be eliminated within the next four years and will transform the country into a net exporter of fish.
She says the seed fund initiative will support two thousand nine hundred micro, small, medium and large businesses by proving them with loans and technique assistance.
“Theses will include small holder fish farmers that will be running fish pounds and cages” she said.
“We will support our people to establish and operate medium size commercial fish farms and large commercial fish farms”
Ms Chewe said the project will be implemented in 35 districts of the country, that will include at least three districts in each of the ten provinces of the country.
She adds that each of the targeted districts will receive empowerment funding for 50 small scale fish farmers,6 medium commercial fish farms, twenty fish traders, two medium size fish processors companies and at least 10 small companies that will deal in business such as supply of feed, fingerlings cold chain and marketing services.
“This program will be highly inclusive at least 50% of the beneficiaries will be women while 30% will be youths” she said.
And speaking at the same event Citizens Economic Empowerment Commissioner (CEEC) Executive Director Likando Mukunbuta says the applications are being evaluated at district level, of which about 200 applicants will be funded under the project.
He says the disbursement of the funds is expected to begin in August this year.

Kwacha fails to sustain gains against US dollar