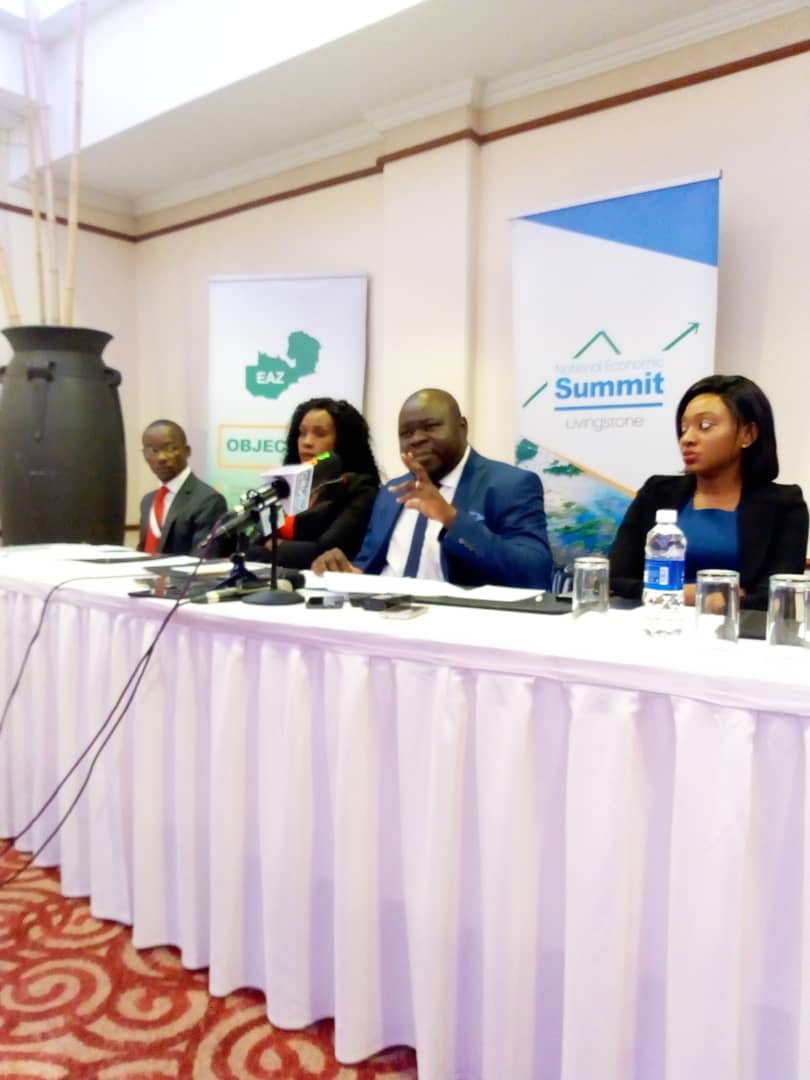 Over One Billion United States dollars is expected to be injected into the Zambia’s energy Sector once investors actualize their pledges.

This is according to Economic Association of Zambia president Lubinda Habazoka, who briefed the media in Lusaka yesterday following the successful hosting of the inaugural National Economic Summit held in Livingstone last week.
“We are is still calculating investment plagues for other sectors such as the Agriculture sector among others that where conversed at the summit and will be made available to the general public,” Dr Habaazoka said.
Meanwhile Dr Habaazoka has since advised government to be proactive and embrace the era of electric car through the formulation of policies that will grow the mining industry.
He notes that the next 10 years will be characterized by significant changes in technology landscape and the motor vehicle industry which Zambia’s vision for 2030 may need to align to.
Dr Habaazoka explained that one of the proposed recommendations at the summit is for the country to use economic diplomacy through ambassadors in countries that produce cars such as Germany to facilitate discussions and agreements between Zambia and these entities for direct purchase of these minerals.
“car manufacturing firms such as Ford, BMW, Mercedes moving onto electric cars that will be powered by lithium batteries, there is need for Zambia to position itself strategically because of its copper, cobalt and manganese reserves as they form part of key components into the car battery manufacture” he said.
Dr Habazoka adds that the Summit also recommended for investment in the human capital development which he said is key ingredient towards economic growth of the Country.
The Summit was held under the theme “The Future of Economic Diplomacy – Achieving Sustainable Development and Inclusive Growth in Africa,” in Livingstone the tourist capital of Zambia on 25 – 26 July 2019.
The summit was graced by President Dr. Edgar Lungu alongside his Kenyan Counterpart His Excellency Uhuru Kenyatta and Tanzania’s former President Dr. Jakaya Kikwete.
The conference was aimed at bringing together thought leaders, think tanks, policy makers and the private sector to brain storm and navigate potential solutions to the challenges Zambia and the continent of Africa faces.
The summit was characterized by panel discussions, presentations and real life case studies in addition to key note session speeches from the guests of honor.
The indaba attracted the central bank governor and key staff in the central banks directorate involved in monetary policy formulation, cabinet ministers in charge of finance, national development planning, trade commerce and industry, judiciary, education, higher education, permanent secretaries, chief executives of energy utilities, commercial banks, the stock exchange and heads of tertiary institutions to mention but a few.

Mpulungu to Gets Dredger for Clearing Canals