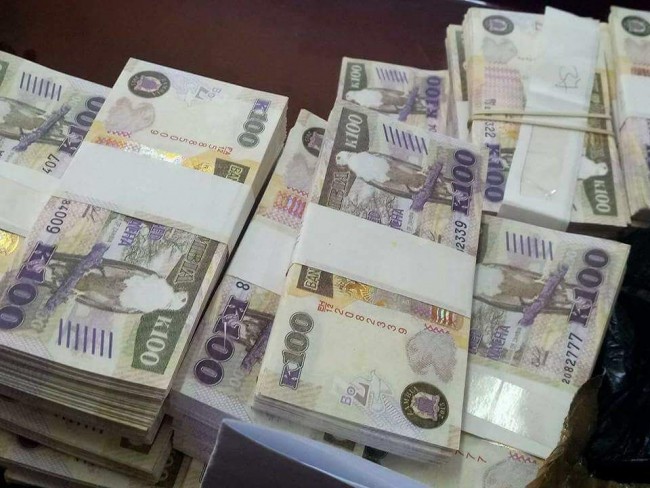 Drug Enforcement Commission (DEC) has disclosed that its Anti-Money Laundering Investigations Unit investigated 219 money laundering related cases in 2021 involving over K1 billion, 54 million United States Dollars and over 23, 000 Euros.
Commission Public Relations Officer Mathias Kamanga revealed to Money FM News, that during the year under review, the DEC concluded a total of 764 cases which led to the arrest of 56 people in 39 cases for money laundering related offences involving over K 37 million and over 400, 000 US dollars.
Mr. Kamanga stated that in the cases that were recorded in 2019, 56 people were arrested countrywide compared to 120 in 221 cases that were recorded in 2020 involving over K 200 million, over 3 million United States Dollar and over 25 million British Pound.
He added that the Commission further seized three real estate properties, 32 motor vehicles, over K353 million, over 28 million US dollars, and 589,751 Euros held in various bank accounts and cash amounts of about 1 million US dollars and over K 2 million.
“92 cases were reported from January to July before the 2021 general elections, while 127 cases were reported after the general elections. The reports on different predicate offences to money laundering, came from the public and private sectors where 116 cases (53%) involved various frauds, 51 cases (23%) were for theft/embezzlement, and 45 cases (21%) came from other types of predicate offences all amounting to €25, 300. 00, K1, 209, 027,674.98 Zambian Kwacha and USD 54, 255,154.00.”
“As regards cases of counterfeit notes, the Commission in the year under review seized total amounts of USD 269,600.00, ZMW 392, 900.00 and MWK 28,000.00 56 people were arrested in 31 cases,” Mr. Kamanga said.
He further revealed that the Commission observed an increase in reports received for money laundering related offences stemming from money circulation schemes that saw a number of people being swindled of their hard earned income by unregistered entities purporting to offer exaggerated profits or interests on various investment packages.
“The Commission in 2021 sensitized a total of 217,832 people on the dangers of engaging in illicit activities such as drug trafficking, abuse and money laundering from 1,476 awareness activities compared to 2020 where 129,085 people were sensitized from 1,077 activities conducted, indicating a 68 % increase in the number of people sensitized.”
“In 2022, the Commission is determined to continue working towards meeting its mandate and serving the Zambian people through teamwork, collaboration and consultation with various stakeholders,” he stated.