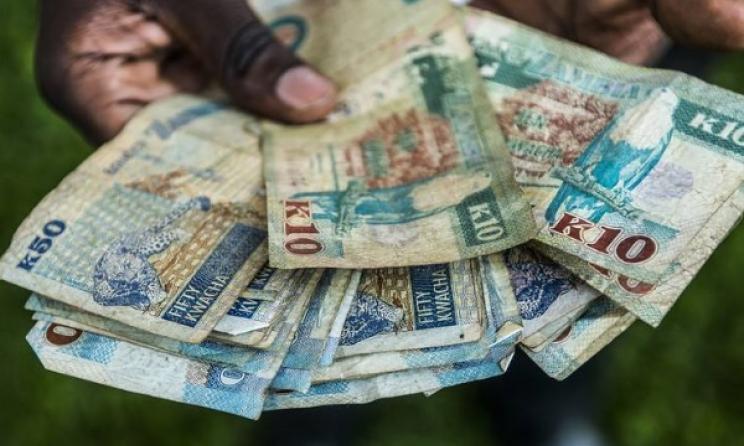 • Last week, the Kwacha appreciated by an average of 1.1 percent, the highest recorded in a period of eight weeks.
• This could be attributed to the drop in demand for the US dollar on the market.
• This is mainly because of the rise in demand for the Kwacha during this period when tax obligations are due.

The Zambian Kwacha has experienced stability in terms of exchange rate against the United States dollar the last few weeks.
As of today Wednesday April 20th 2022, the US dollar/ Kwacha rate has increased by 0.43% to K17.43 ngwee from K17.36 ngwee in yesterday’s trading session.
And an Economist attributed the appreciation of the Kwacha which has persisted for eight weeks to the drop in demand for the US dollar on the market.
Emmanuel Zulu noted that the local unit appreciated by 1.1 percent last week, the highest rate in a period of eight weeks, mainly due to the rise in demand for the Kwacha during this period when companies are meeting tax obligations.
“As you know when the tax obligations are due, most entities, companies and mines are obligated to pay tax and there is that demand that follows the Kwacha, so the Kwacha gets to appreciate during this period when tax obligations are due,” Mr. Zulu stated.
He added that another factor contributing to the Kwacha’s stability is the dwindling of the panic that characterized the Russia-Ukraine war when countries were panicking to buy oil in large quantities, which has also affected the demand for the dollar on the interbank market.
“There is high supply also with regards the intervention of the Central bank, they are trying to strengthen the Kwacha through increasing supply of the dollar on the market.”
And Mr. Zulu said the Kwacha is this week likely to continue trading stronger against the Dollar and may gain strength by 0.4 percent or 0.5 percent.
“The kwacha may continue some strength by maybe 0.5 or 0.4 percent as we are projecting it this week. But all in all holding other things constant, we are hoping that the government will manage to seal this International Monetary Fund (IMF) deal that can help us also ensure that the Kwacha remains strong, our appreciation of the Kwacha is dependent on other variables remaining the same,” he said.
According to Financial market players, increase in production is one of the major factors that can help sustain the Kwacha’s stability for a long time.

Onion stuck due to lack of market

Kwacha continues to show resilience against US dollar