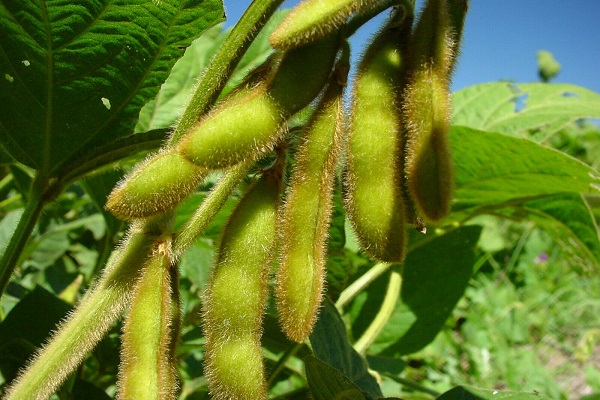 • The stakeholders met on 26th May 2022 for a consultative meeting on soyabeans marketing during the 2022 marketing window.
• They unanimously agreed to export 100, 000 metric tonnes of soyabeans resulting from increased production.
• They also recommended that government allows for allocation of 95, 000MT for soya meal/cake to CEDORA.

Oilseeds stakeholders have called on Ministry of Agriculture to allow for export of 100, 000 metric tonnes of soyabeans through the Grain Traders Association of Zambia (GTAZ), following increased production of the commodity.
In a statement, Zambia National Farmers Union, (ZNFU) Media and Public Relations Manager Calvin Kaleyi, said doing so will allow the traders to participate in soya beans marketing and venture into the export market, and in turn be of benefit to the entire value chain, and is key to future expansion of soya beans production.
Mr. Kaleyi explained that the stakeholders, who met on 26th May 2022 for a consultative meeting in Lusaka on soya beans marketing during the 2022 marketing window, unanimously agreed to export 100, 000 metric tonnes of soya beans.
He said the stakeholders further the stakeholders also recommended that government should allocate 95, 000 Metric tonnes of soya meal or soya cake to the Crushers of Edible Oils and Refiners Association (CEDORA), to allow for export of soya cake.
“The stakeholders based this rationale on the announcement by the Ministry of Agriculture that the country’s estimated production of soya beans was pegged at 475, 353MT in the 2021/2022 farming season.”
“The stakeholders hence resolved that domestic utilization will be as follows; That 230, 000MTs of soyabeans will be utilized in manufacturing of feed and other animal protein and 50, 000MTs will be utilized in the manufacturing of food for human consumption, bringing the total domestic requirements to 280, 000MT, which would leave a total of 195, 353MTs of soya beans available on the market,” Mr. Kaleyi said.
Mr. Kaleyi revealed that the stakeholders have since submitted the resolutions of the meeting to the Ministry of Agriculture for implementation.
The Oilseeds stakeholders that held a consultative meeting included Grain Traders Association of Zambia (GTAZ), the Poultry Association of Zambia (PAZ), the Dairy Association of Zambia (DAZ), the Crushers of Edible Oils and Refiners Association (CEDORA) and the ZNFU met on 26th May 2022 at the Zambia National Farmers’ Union (ZNFU).

Financial Analyst discourages Zambia over plan to rebase the GDP