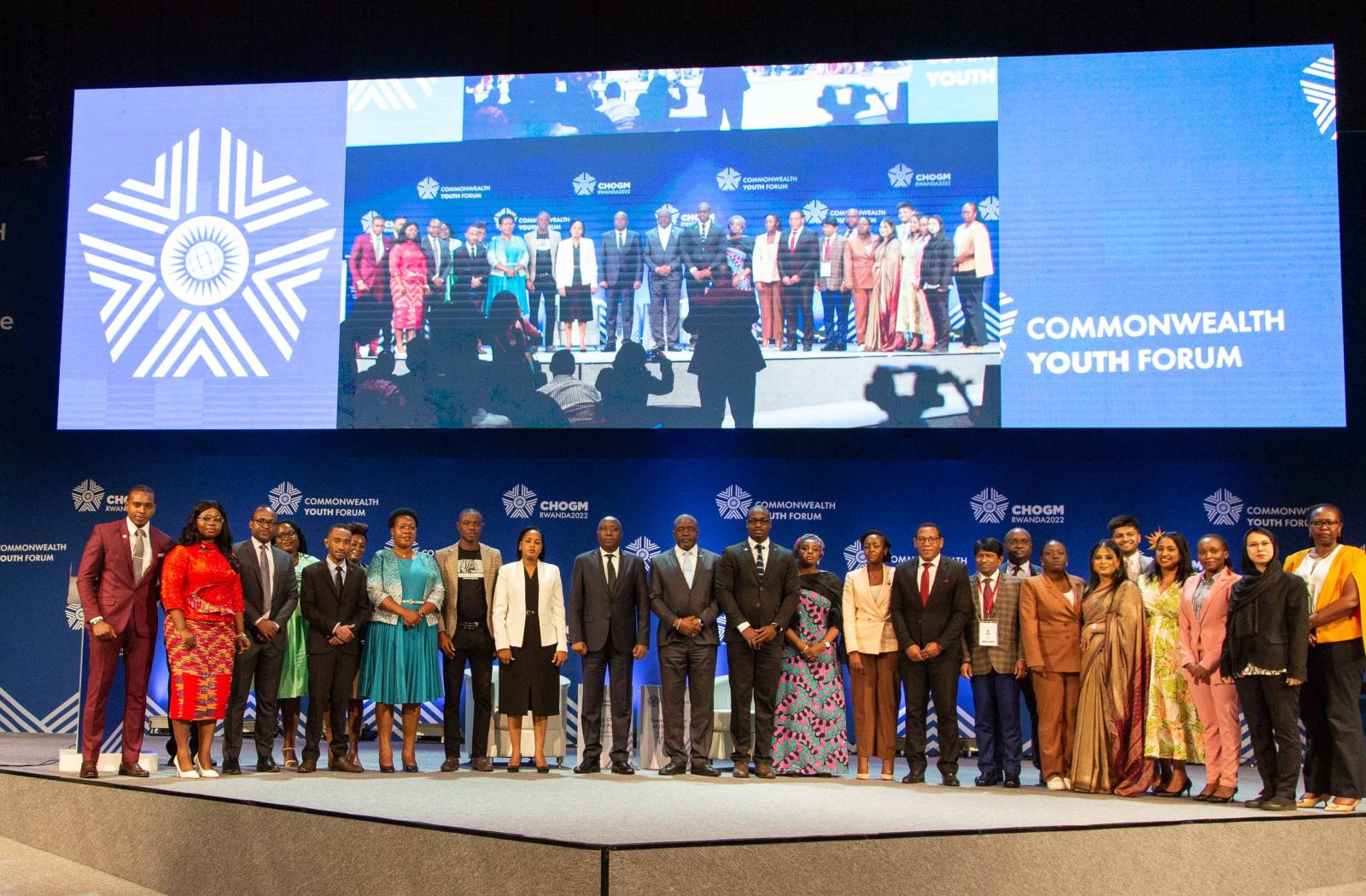 • Young people have the potential to transform the future of Commonwealth.
• Establish a Commonwealth Youth Innovation Fund.
• Fighting climate change, investing in low-carbon developments and increasing the taxation of polluting businesses.

The Declaration has also called on Commonwealth member countries and the Commonwealth Secretariat to establish a Commonwealth Youth Innovation Fund providing grants to young entrepreneurs with start-up businesses and better access to the internet across the Commonwealth so young people, regardless of where they live, can be connected.

Speaking during the 2022 Commonwealth Heads of Government Meeting in Rwanda, Commonwealth Secretary-General Patricia Scotland said Young people are making the difference in every country in Commonwealth.

Ms. Scotland said with the right support and the ability to shape decisions Young people have the potential to transform the future of Commonwealth.
“I see young people with courage, determination, talent, vibrancy and innovation. You are not tomorrow’s leaders. You are the leaders of today.”
She added, “I watched with such joy in my heart what you have done in the last three days. You have led, you have created and you have also made great friends.

“If you look at what you have done… the 12th Commonwealth Youth Forum has been a resounding success.

“Young people are making the difference in every country in our Commonwealth. We know with the right support and the ability to shape decisions you have the potential to transform the future of our Commonwealth. You have everything we need to build a better world.”
Speaking earlier when the declaration was revealed, Commonwealth Youth Council (CYC) Chairperson, Kim Allen urged young people to be solution-focused and action oriented.
He said “Let us reflect on our past efforts and mistakes, assess current situations, identify our strengths and refine our vision and objectives to move forward. Be adaptable! Build and equip yourself and also help others to elevate them. Focus on people always! Take time for reflections but don’t wait long to act.”
Also speaking at the event, Édouard Ngirente, Prime Minister of Rwandan, said “as we conclude what has been an exciting forum, I urge the youth here to take your place on the world stage. Be bold and courageous. Chose courage over fear.”
Other points on the Action plan include Investing in age-appropriate healthcare with better access to Human papillomavirus (HPV) vaccines, eradicating child labour, gender-based violence and child marriages and Prioritising the social, economic, and political inclusion of all young people – with an added focus on supporting women and the disabled into work and training.

It underscores the importance of considering young people as equal partners in government decision-making and asserts their vital role in shaping the future of the Commonwealth and achieving the 2030 Sustainable Development Goals.

Cost of living skyrockets at the close of 2020 – JCTR

Government delivering on the 7NDP goal on health.