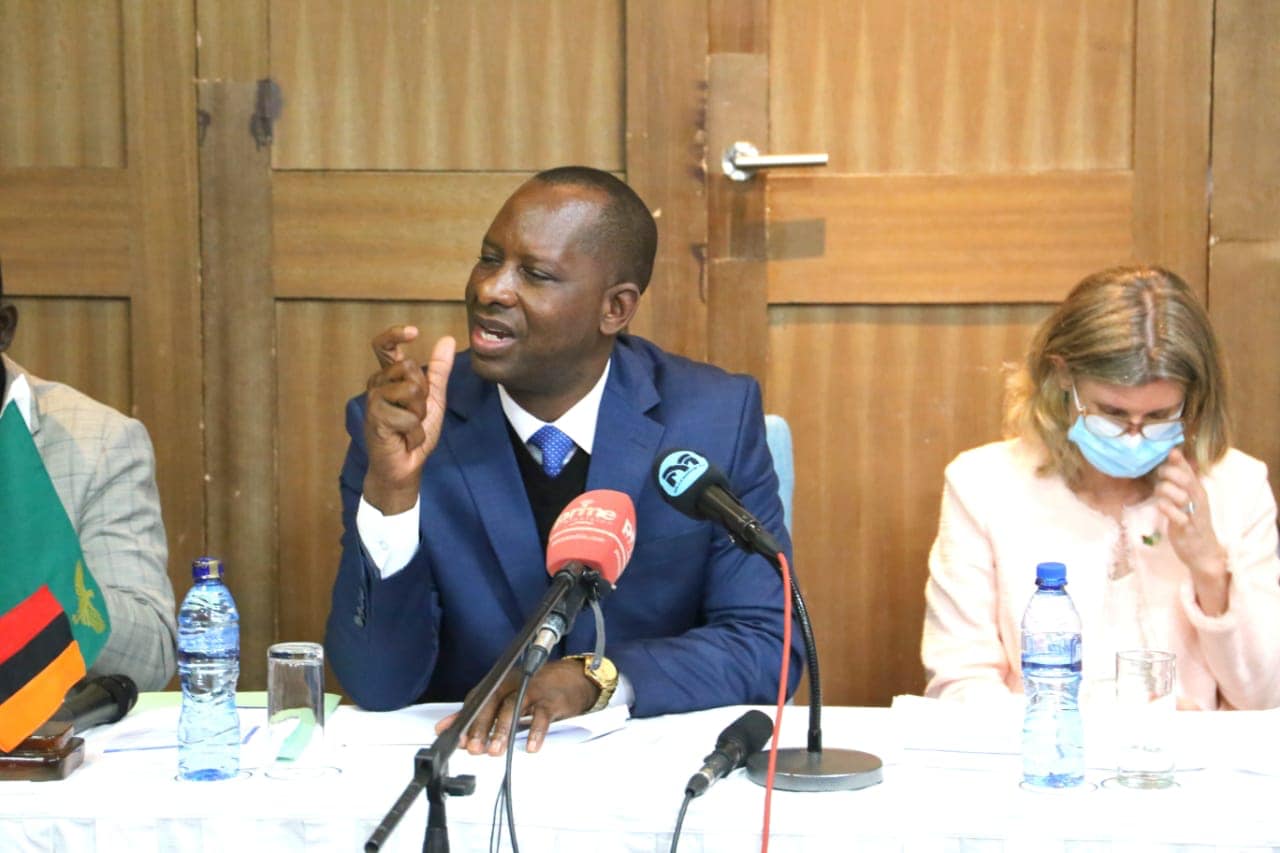 Water Development and Sanitation Minister says government will not tolerate corruption and wasteful expenditure of public resources in the water sector.

Speaking during a Troika meeting held between the Ministry of Water Development and Sanitation, the World Bank, African development Bank, UNICEF, and the Germany international corporation, Mike Mposha says government remains committed to transparency and accountability in the management of public resources as well as resources originating from cooperating partners.

Mr. Mposha further explains the troika meeting with stakeholders was an integral part of the sector coordination framework which aims at sharing and discussing policy and development matters related to the sector, as well as highlighting government priority areas for the ensuing fiscal year.

He said this is why his government will continue to partner with various stakeholders in an effort to attain both the global and national targets on water and sanitation provision.

The Minister revealed that despite some progress made in terms of accelerating universal access to clean and safe drinking water, a lot more still needed to be done.

Meanwhile, Mr. Mposha said government under the Ministry of Water Development and Sanitation has developed the draft national water policy which seeks to ensure national water security as well as universal access to clean and safe water and adequate sanitation services.

“My ministry is also developing the Zambia water investment programme whose objective is to enhance job creation through gender sensitive investments in water security, industrialization and climate resilient development programs, and that the program requires an investment of about 5.75 billion United States dollars, “he added

Mr. Mposha also disclosed that the water sector is currently facing a number of challenges, which include high non-revenue water which is currently above 50 per cent, inadequate water harvesting infrastructure such as dams, high energy costs, high cost of water treatment chemicals, effects of climate change which has resulted in the drying up of dams, encroachment on water sources and recharge zones, pollution of water sources, and low water supply and sanitation coverage among other challenges.
“I therefore appeal to cooperating partners to support government’s efforts in addressing the above highlighted challenges as well as the priority areas for the year 2023,”he said.

Kwacha and Rand on slow move.