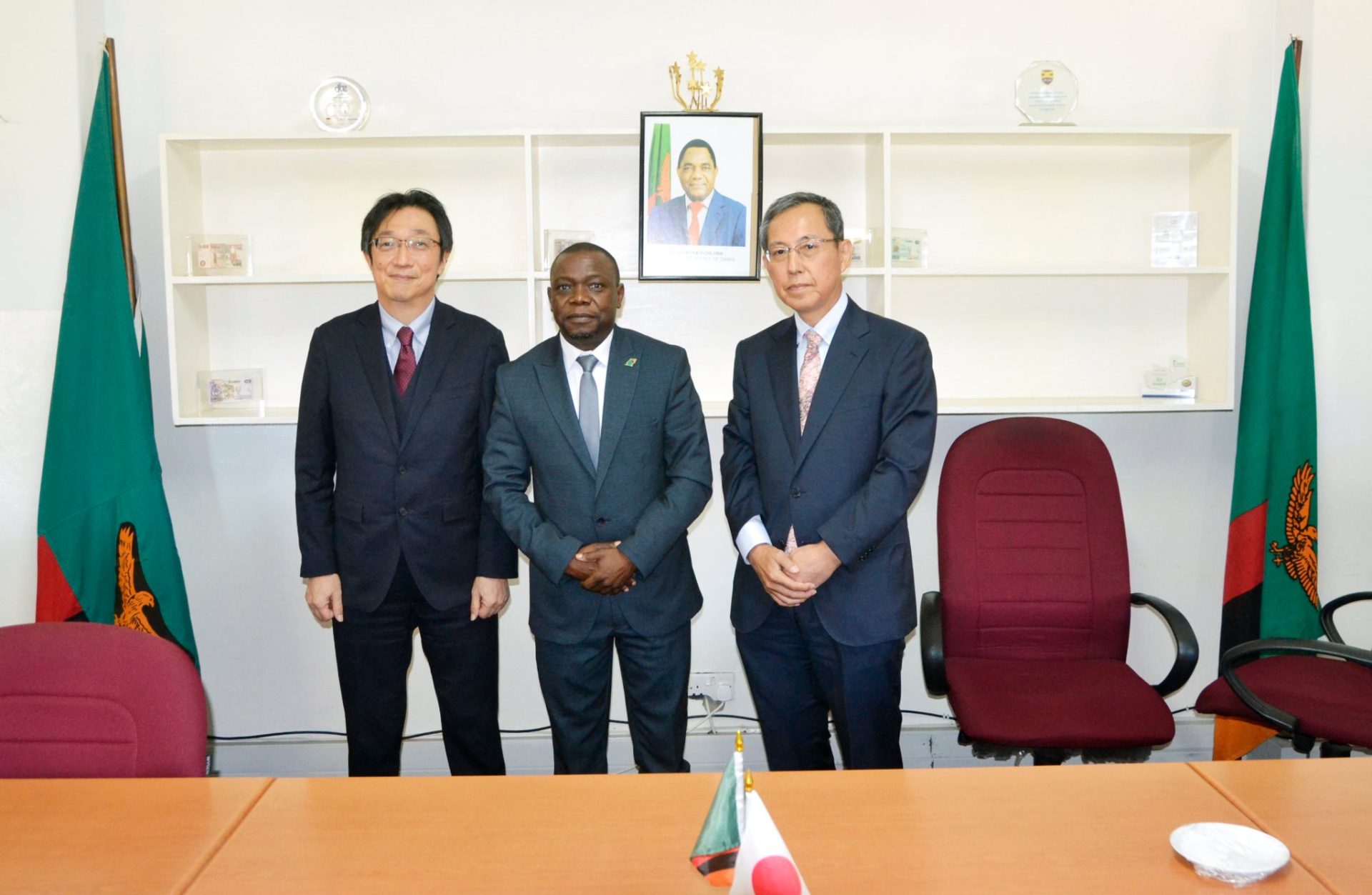 • Government seeks Support from Japanese Government on debt restructuring.
• With the creditors’ support such as JICA, Zambia will be able to finalize the International Monetary Fund (IMF) deal.
• Zambia’s economic growth in 2022 is estimated to continue growing at around 3 percent

Acting Minister of Finance and National Planning has requested the Japanese government to support Zambia in the ongoing official creditor’s committee discussion on debt restructuring as it is a member of the official creditors committee.

Speaking during Government and Japan International Cooperation Agency (JICA) Liaison Engagement meeting, Engineer Elias Mubanga noted that with the creditors’ support such as JICA, Zambia will be able to finalize the International Monetary Fund (IMF) deal in a very short space of time.

“We are confident that together with our creditors we will be able to achieve a mutually beneficial solution to ensure Zambia’s return to sustainable debt levels, “he said.
Engineer Mubanga said once approved, the IMF programme will provide Zambia with much-needed fiscal space and help to anchor the reform agenda.

Engineer Mubanga explained that Zambia’s economic growth in 2022 is estimated to continue growing at around 3 percent as seen from the inflation rate which has dropped from 23.7 percent to 10.2 percent.

He said this is due to good policies that Government has put in place such as economic transformation and its commitment to restructure the debt.

“Government has put in place good policies that have seen Zambia’s economy to start growing on a positive trajectory which is good for the country and everyone at large, he said.

And speaking at the same event, Japanese Ambassador to Zambia Ryuta Mizuuchi said Japan is the strongest supporter of Zambia concerning its quest to restructure the debt.

Mr. Mizuuchi stated that the Japanese Government has for a long time been engaging creditors and IMF to start the negotiation process as soon as possible.

“The Japanese Government will continue to support the Zambian Government in its debt restructuring until the International Monetary Fund (IMF) deal is finalized, “he said.

Meanwhile, JICA Senior Vice President Nakamura Toshiyuki said the Agency is happy that the negotiations with Zambia’s creditors have commenced as this will help the country to pay out its debt once the IMF deal is closed.