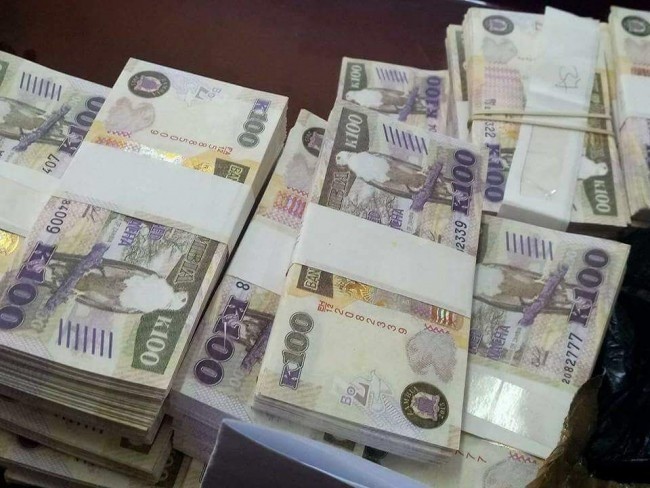 • 3.7 percent above the budget target of K41.6 billion.
• K6.3 billion from the IMF Special Drawing Rights Allocation.
• Mining tax amounted to K6.4 billion and was above the target of K4.3 billion.

Government reveals Total collections of Revenues and Grants between January and May 2022 amounted to K43.1 billion and were 3.7 percent above the budget target of K41.6 billion while Tax Revenue for the period under review amounted to K32.7 billion, Non-Tax K9.1 billion and K1.3 billion from grants.

Regarding Mining Tax, “The positive outturn is mainly attributed to higher declarations by major mining companies amidst high copper prices,” it indicated.

Government assured that going forward, it will continue to work tirelessly towards returning the country to a state of fiscal stability that will facilitate sustainable growth.

It said through the soon to be launched Eighth National Development Plan (8NDP), the Public Private Dialogue Forum and other development delivery frameworks, government will continue to make sincere efforts targeted at trending the living conditions of citizens towards equal opportunities, sustained prosperity and poverty reduction, “On the platform of a stabilized and transformed economy that inspires improved investor confidence, facilitates more local and foreign investments, creates more opportunities and jobs, and nurtures the economic freedom of the people of Zambia.”

Collections under Non-tax revenue category amounted to K9.1 billion against a target of K9.8 billion and was below target by 7.2 percent adding that during the period under review, the Treasury received a dividend from the Bank of Zambia amounting K1.3 billion which boosted non-tax collections.

With Grants, A total of K1.3 billion against a target of K759.2 billion was received from cooperating partners and the performance was above the target for the period by 69.7 percent.

During the period under review, with Expenditure performance, government released a total of K57.1 billion to finance public service delivery out of which K52.6 billion was financed from domestic resources while K4.5 billion was foreign financed.
On Use of goods and services, in order to support operations of various public institutions, Government released K6.5 billion for general operations.

“This was 47.7 percent above the projection of K4.4 billion due to higher releases towards 2022 Census of Population and Housing 9K245 million) and procurement of drugs and medical supplies (K2.3 billion) which accounted for K2.5 billion of the total releases under this category.”
Government added that other notable releases included K3.5 billion to government institutions for operations, K150.0 million to the Compensation Fund, and K44.5 million for conducting by-elections.

With Transfers and subsidies, Government noted that releases to transfers and other payments totalled K7.9 billion and was 3.1 percent below the projection of K8.1 billion due to lower releases on the Constituency Development Fund (CDF), precipitated by low-up-take, and the Farmer Input Support Programme.

According to Government, “It is worth noting that the component for Community Projects under CDF is projected for release within the month of June.”

Notable expenditures under Transfers and subsidies included K3.1 billion for ordinary grants of which K736.8 million went to schools, K474.5 million to Universities and K341.3 million to Hospitals.

Availing a perspective of budget performance for the period January to May, 2022, Ministry of Finance and national Planning indicated that under SOCIAL BENEFITS category, releases amounted to K2.9 billion and were above the projection of K3 billion by 1.4 percent due to lower releases to the Social Cash Transfer Programme donor component from Cooperating Partners where K341.4 million against a projection of K444.9 million which as of 17th June, 2022 as announced by the Minister of Information and Media, disbursements had increased to K457.5 million and the total will be reported upon next month.

The Ministry narrated that, further, the Treasury released K1.7 billion to the Public Service Pension Fund to assist in paying-off outstanding pensions and annuities to members.

With Transactions in non-financial assets, Government released K8.3 billion for non-financial assets and this performance was 28.4 percent above the target of K6.5 billion due to higher releases to the road fund K2.3 billion and water and sanitation K309.8 million, of which K145.3 million went towards the Millennium Challenge Account Project for ongoing water supply and drainage systems works.

According to Government notable releases included K3.8 billion as disbursements for foreign financed projects, K960 million to the Food Reserve Agency and ordinary capital projects got at K855.7 million.

The Ministry of Finance and National Planning highlighted that the funds went towards liquidation of arrears to various suppliers of Goods and Services including K817.6 million to dismantle the backlog on fuel arrears and K150 million to the Local Authorities Superannuation Fund (LASF) as Government support to facilitate payment of outstanding annuities and pensions to members.

It added that K91.6 million was given to the Citizen’s Economic Empowerment under the Ministry of Small and Medium Enterprise.

Further, under Personal emoluments Government released K15.1 billion on costs relating to the Public Service Wage Bill and overseas allowances in order to achieve the timely payment of salaries for various public service workers, including teaching, medical and security personnel adding that the expenditure was 4.1 percent below the projection of K15.8 billion due to lower releases towards other emoluments.

Ministry of Finance and National Planning added that Total financing accessed during the period included K6.6 billion borrowed from the domestic market through the issuance of Government securities, K6.3 billion from the International Monetory Fund Special Drawing Rights Allocation of US$1.3 Billion, K3.6 billion in form of disbursements for foreign financed projects, K730.1 million carry over funds from 2021 and K426.0 million from the World Bank to implement the Emergency Health Services Project formerly called FRESH Project.

The Ministry further noted that it would conduct the mid-year performance review in July, 2022, possibly in the last week of the month to enable them consolidate all the performance data for the period under review covering the period January to June, 2022.

It also encouraged Citizens to engage line Ministries, Provinces and other Public Sector Agencies – on developmental affairs driven by the Public Sector, Development Partners and other Stakeholders, in their locations.