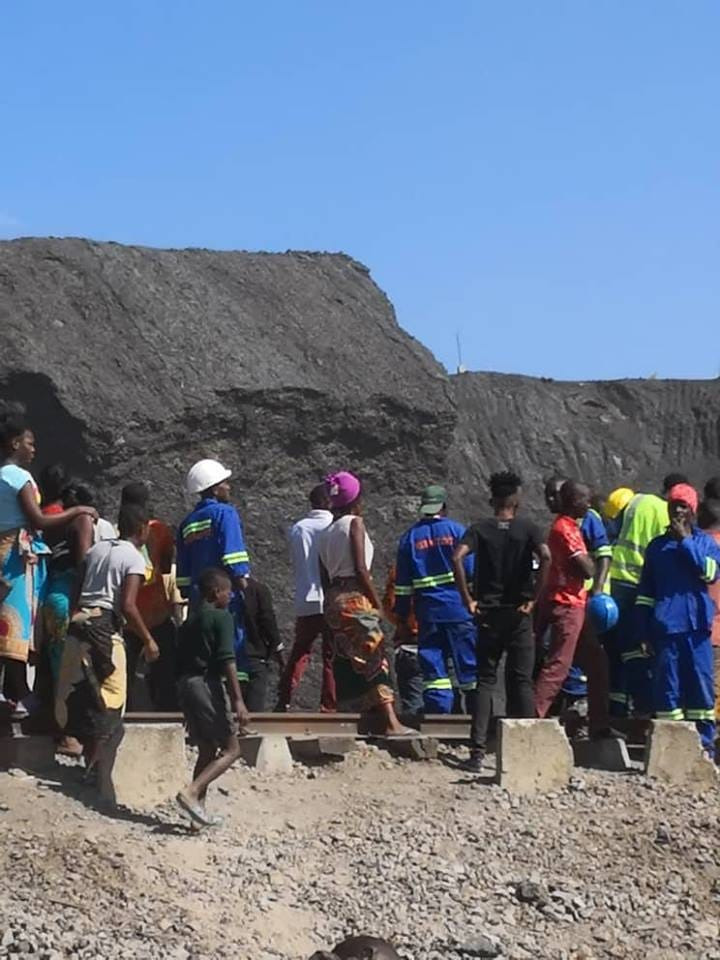 • Black mountain has not recorded any fatal accident thus far within the confines of mining operations at the licensed area.
• Safety measures have been implemented to safeguard personnel working in the highly mechanized mining method.
• Miners are required to be in full personal protective equipment when inside the mining premises.

Minister of Mines and Minerals Development says government has heightened safety measures at the Black mountain in Kitwe and operations have been running safely since commencement of the 30 percent youth empowerment cooperative initiative.
Presenting a Ministerial statement on measures being taken to protect the lives of people at the slug dump, Paul Kabuswe said no death of miners has been recorded in the recent past as reported in some sections of the media.
Mr. Kabuswe explained that to enhance safety at the slug dump, licensed holders have contracted the mining company to execute all mining activities on their behalf, and workers undergo safety talk before mining activities commence.
“Safety measures have been implemented to safeguard personnel working in the highly mechanized mining method which involves benching from top to down. The mechanization has left the site with very minimal human activities which are mainly to supervise operations,” Mr. Kabuswe said.
He added that the miners are required to be in full personal protective equipment when inside the mining premises, while miners are inducted on how to conduct themselves within the mine.
Mr. Kabuswe also said the contractor has appointed a competent and experienced mining engineer as mine manager to supervise, control and direct all the mining operations at the site.
“Workers (15 excavator operators, 40 spotters, 10 relief operators, 10 safety officers, 10 site managers, 20 logistic officers) undergo safety talk before operations conducted by the respective supervisors which generally sensitize the workers on the safe manner in which to interact with heavy presence of machinery and moving trucks at a safe distance.”
“Workers (15 excavator operators, 40 spotters, 10 relief operators, 10 safety officers, 10 site managers, 20 logistic officers) are prevented from getting close to a high wall which is not supported by putting a ribbon barricade or supervision,” he added.
Mr. Kabuswe however revealed that some fatal accidents have been recorded outside the mining area by trucks delivering material to off takers, which he said can be classified as Road Traffic Accidents as a result of residents who illegally get on moving trucks in search of chromium.
He said the police have since been deployed to stop attempts by the youths to get on moving trucks.
“According to safety records, the slag dump 48 has not recorded any fatal accident thus far within the confines of mining operations at the licensed area. However, it is regrettable to record fatal accidents that have happened away from slag dump 48 premises by trucks delivering material to off takers which can be categorically be described as Road Traffic Accidents (RTAS).”
“The deaths have been brought about by youthful Kitwe residents with a tendency of illegally climbing on top of trucks in search of high-grade slag material (chromium). It is so unfortunate to lose lives in this manner,” he stated.
Mr. Kabuswe added that measures of using a different route which passes through Mopani savage yard enroute to Kalulushi road which will not likely expose residents to loaded trucks for a long distance are currently under consideration.
He assured that the Ministry will continue to ensure that there is continued order at the black mountain and that operations are running smoothly, with a competent, qualified, and experienced Mine Manager overseeing the operations, in line with provisions of the Mines and Minerals Development Act No. 11 of 2015.
In February this year, Government handed over part of the black mountain to cooperatives owned by Zambian youth and women who have been granted licenses to operate.