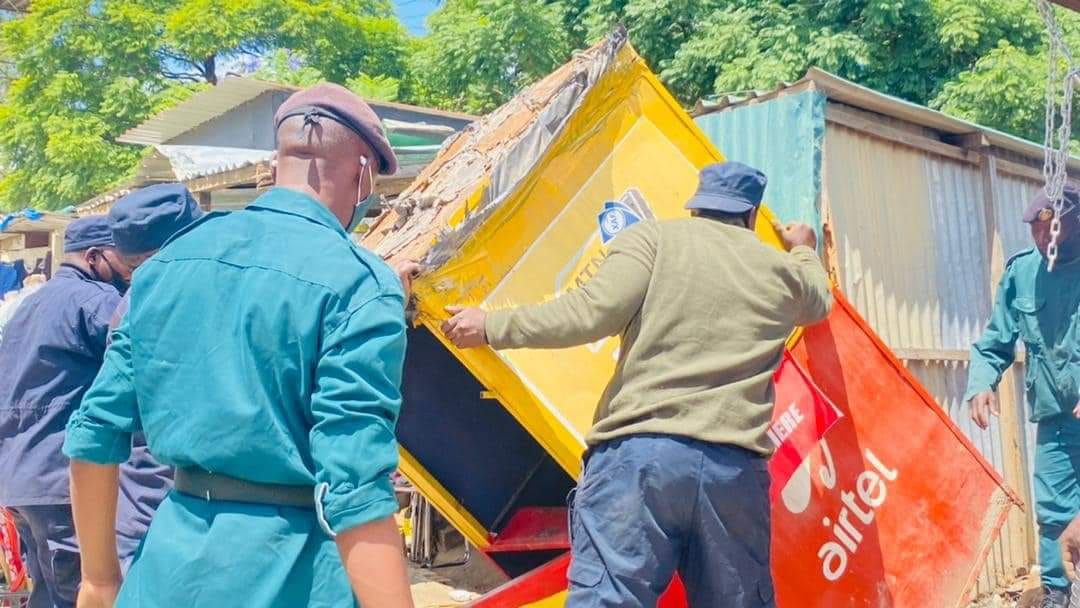 • The mobile money business was not properly formalized.
• Government is in the right direction because this is all about creating sanity in towns.
• If this can be done in all the towns, the better.

Zambia National Marketeers Creditors Association (ZANAMACA) has called on government to extend the removal of mobile money booths to other towns in order to create sanity in the Central Business Districts.
Speaking in an interview with Money FM News, Association President Mupila Kameya noted that the mobile money business was not properly formalized, as the structures where everywhere, a situation he says was not correct.
Mr. Kameya said the booths were not made without the right specifications, hence making the cities and towns looking very appalling, therefore the need to identify best areas where they can be placed.
“I think government is in the right direction because this is all about creating sanity in our towns and if this can be done in all the towns, the better. The mobile money business was not properly formalized. These structures where everywhere and anywhere which was not correct, and the same booths were not made with the right specifications so it made our cities and towns looking very awful,” Mr. Kameya said.
He added that despite the fact that mobile money booth owners may have lost business, what government is only trying to create a better way for them to do their transactions.
“In as much as they were providing business to us, especially the people in the informal sector in terms of transactions, but I think the best is that if they can find themselves spaces in markets and bus stations that is the best direction,” he added.
Recently, Local Government and Urban Development Minister Gary Nkombo the Mobile money booths have been relocated by the Lusaka City Council to a more designated trading place which will create less challenges in terms of cleanliness and order in the Central Business District (CBD).

Govt will not review principle agreement with Ethiopian Airlines – Tayali