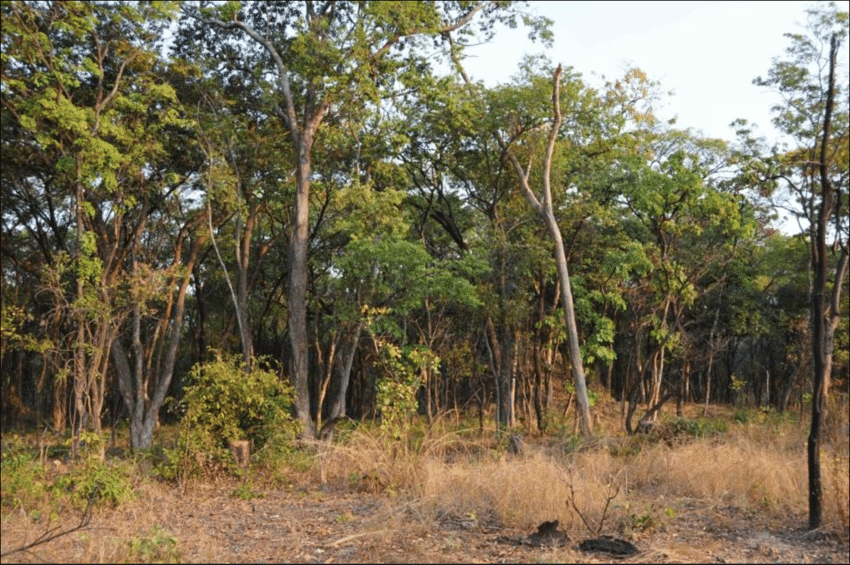 • Miombo forests contributes greatly to safeguarding ecological systems of the ten countries.
• Miombo woodland is a tropical and subtropical grassland, savannas, and shrub lands located primarily in Central Africa.
• There have been little funding in Miombo region as compared to the wet equatorial forests.

Green Economy and Environment Minister has called for collaborative efforts in sustainable management of Miombo forests between countries within the ecological zone.

Speaking when he represented President Hakainde Hichilema at the Regional Conference on Declaration of Sustainable Management of the Miombo Forests held in Maputo, Mozambique, Collins Nzovu notes Miombo forests contributes greatly to safeguarding ecological systems of the ten countries within the Miombo ecosystem including Zambia.

Mr. Nzovu explained the Miombo woodland is a tropical and subtropical grassland, savannas, and shrub lands located primarily in Central Africa and are essential to livelihoods of many rural people who depend on resources available from the woodland.

Meanwhile, Hon Nzovu proposed that in medium term, there is need to kick-start collaborative activities such as coordinated border management, exchange of information and other capacity building activities in view of the Declaration of Sustainable Management of the Miombo woodlands.

He said on a longer term, Zambia proposes enhancing exchange of research findings and key interventions that have proven to be successful.

Mr. Nzovu expressed optimism that the signing of the declaration will begin to give hope to local communities living with or adjacent to Miombo woodlands to having an opportunity to realize the full potential and benefits arising from possible investments in efforts to conserve them.

He noted with concern that over the years there have been little funding in Miombo region as compared to the wet equatorial forests.

“This declaration should therefore give a lot of hope through various strategies to be employed on how Miombo forests should be a priority especially that they are a critical resource in climate mitigation and adaptation,” Hon Nzovu said.

According to The Ministry of Green Economy and Environment, the conference aimed to capitalize on and promote regional partnerships for sustainable and integrated management of Miombo forests in Angola, Democratic Republic of Congo (DRC), Botswana, Namibia, Tanzania, South Africa, Malawi, Mozambique, Zimbabwe and Zambia.

The event was graced by President of Zimbabwe Emmerson Mnangagwa and President of Mozambique Filipe Nyusi, among other dignitaries.

SMEs have an opportunity to access international markets – CEEC