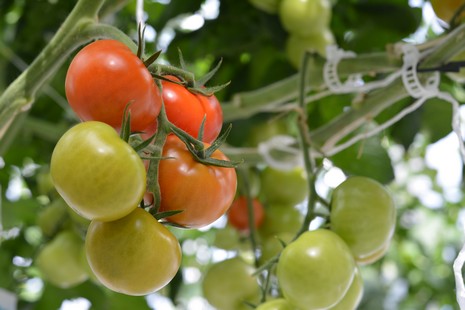 • Government must deliberately relax some of the conditions for farmers wishing to venture into value addition.
• Once government zero rates the machines, it will be less expensive for farmers to add value to their produce.
• There is an appetite for farmers to produce more.

Fruit and Vegetable Traders Association of Zambia has called on Government to deliberately relax some of the conditions for farmers wishing to venture into value addition by zero rating some machinery.
Speaking in an interview with Money FM News, Association President Bernard Sikunyongana stated that once government zero rates the machines like it has done with Onion dryers, it will be less expensive for farmers to add value to their produce.
Mr. Sikunyongana said since there is an appetite for farmers to produce more, it will be imperative for government to come in and zero rate machines, as this will also help reduce on wastage of fresh commodities such as tomatoes.
“The benefits of value-added foods include providing better nutrition to children and mothers as well as greater income for producers and access to new markets,” Mr. Sikunyongana said.
Mr. Sikunyongana also stressed the need for new processes to improve packaging and storage to reduce wastage and ensure greater food safety.
“Economic and post-harvest losses of food and green products are prevented through value addition. This is crucial for economies and people who depend solely on agriculture for their survival without which wastage would result into breakdown. After growing, value addition is done and the products are then exported for sale at a higher price. The resulting profits can improve income and livelihoods substantially at home, money is saved as food doesn’t go to waste,” he explained.
He added that industries and factories involved in value addition create employment opportunities.
“More jobs are also created as various industries will rise up; for example those that make packaging, those that make industrial machinery and those involved in trade, transport and distribution. The cumulative benefits also include infrastructural development like roads and improved standards of living for the people of Zambia.”
“Vertical integration can also be involved where for example a farmer or gardener sells their products to a produce collector who in turn sells to a factory which in turn exports or sells to local markets. This results in easy income flows, job security and continuity in production,” he stated.
Mr. Sikunyongana further noted that value addition is important because it contributes to food security by ensuring that that food stays fresh and longer which helps to reduce hunger for people everywhere around the world especially those in dry and war torn areas.
On Monday, Zambia National Farmer Union (ZNFU) called on farmers who have high supply of fresh commodities to venture into value addition to avoid wastage of the products.