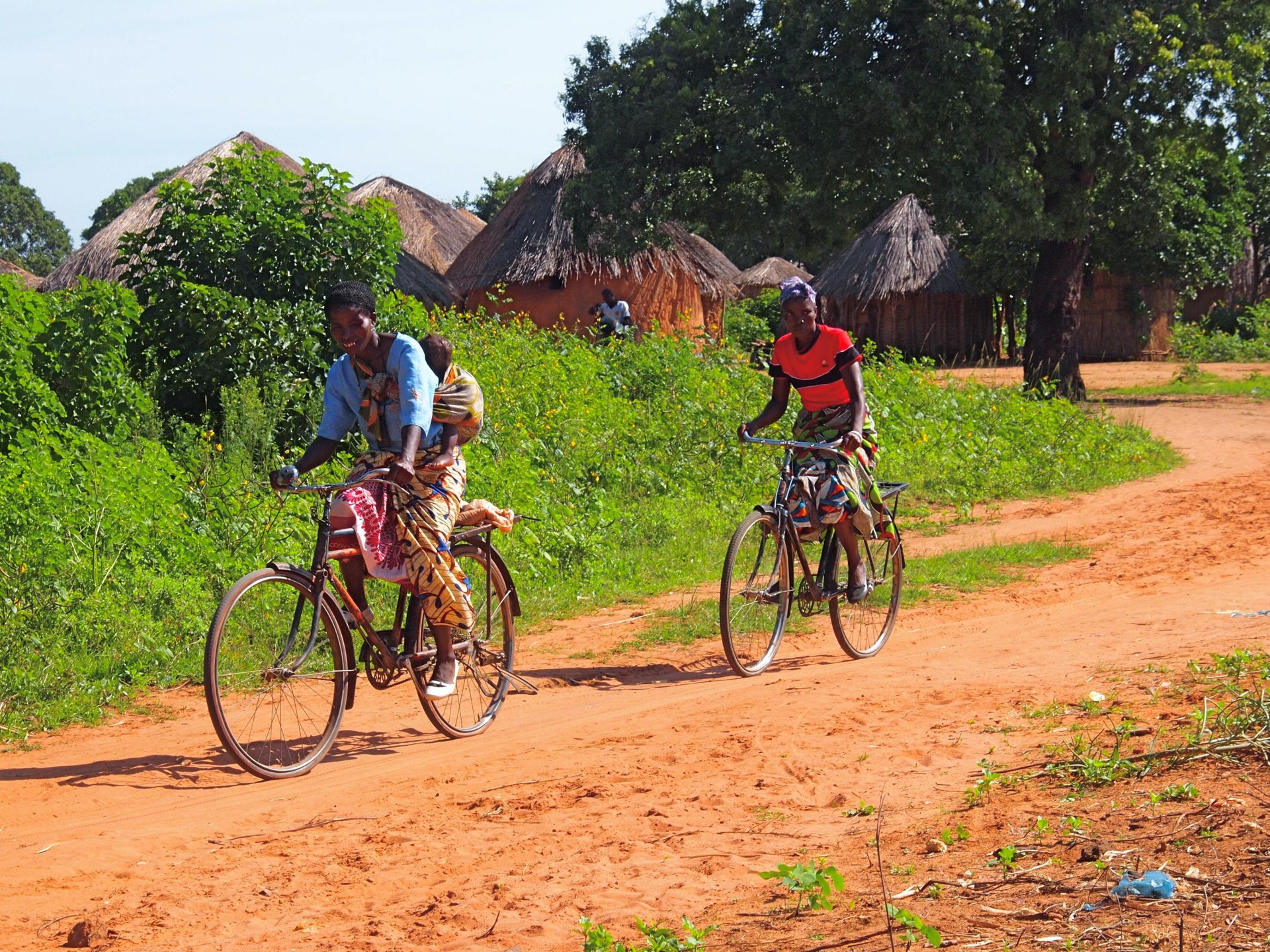 Zambia, being Africa’s second-largest Copper Producer, achieved middle-income country status in 2011 during a decade of impressive economic growth, averaging 7.4% per year but growth only benefitted a small segment of the urban population and had limited impact on poverty.
However, in July 2022, the World Bank re-classified Zambia to low-income status from lower middle income, for the 2023 financial year because of the deterioration of Gross National Income per capita estimates recorded in 2021.
On the hand, as of 2015, 58% of Zambians earned less than the international poverty line of $1.90 per day compared to 41% across Sub-Saharan Africa and three quarters of the poor lived in rural areas. (Work Bank-Databank).
Although Zambia has the world’s ninth richest copper deposits, three out of four people are living in poverty and in order to reduce extreme poverty and prevent its transmission across generations, Government introduced Social Cash Transfer Scheme in 2003, which is being implemented by Ministry of Community Development and Social Services under the Department of Social Welfare.
The Program provides cash to incapacitated and destitute households on a monthly basis.
The Social cash transfer scheme aims to assist the most destitute and incapacitated households in society to meet their basic needs, particularly health, education, food and shelter.
According Minister of Community Development and Social Services, Doreen Mwamba, the programme had reached about 973, 323 beneficiary households, translating into 5, 061, 280 Zambians in all 116 districts, as of December 2021, with 8.9 percent of the program caseload being families with persons with disabilities.
In 2022, the number of beneficiary households under the programme is expected to increase to over 1, 024,000 households by 31st December, as stated in the 2022 national budget.
Beneficiary households are entitled to K200 per month from K150 in 2021, which they receive every two months as a sum of K400, while those with a member with severe disability receive K400 per month from K300 last year, which amounts to K800 every two months.
With regard to the Food Security Pack (FSP), government increased the number of beneficiaries to 290,000 households in 2022 from 263,700 as at end of August 2021.
And the Ministry of Community Development and Social Services is discussing with partners and other stakeholders to consider adding another category for Social Cash Transfer program.
Currently, female headed households, child headed households, severely disabled, the old and those who are chronically ill and on palliative care, are the five categories that are eligible to be on the program.
However, since its introduction, the programme recorded an increase in the number of ghost beneficiaries accessing the funds meant for vulnerable people between 2014 and 2018.
According to the Auditor General’s Report released in 2018, over K30 million disbursed to Zambia Postal Services (ZAMPOST) to pay 144, 142 poor and vulnerable citizens under the Social Cash Transfer programme did not reach the beneficiaries and the money vanished before it was even deposited into the ZAMPOST accounts.

And the report which covered the year ended December 2017 further revealed that funds meant for the Social Cash Transfer allocated to Luapula and Western Provinces under a distribution agreement with ZAMPOST were diverted to Copperbelt, Northern and Muchinga Provinces among other areas outside the contract; but it still did not reach the beneficiaries.
Another audit carried out between 2014 and 2017 with an objective of assessing the effectiveness of the Social Cash Transfer programme towards the reduction of extreme poverty among beneficiary households, revealed that the Ministry of Community Development and Social Services paid social cash transfers totaling over K2 million to 2, 284 ineligible beneficiaries for periods ranging from 2 to 140 months and during the period under review, ineligible beneficiaries were put on the scheme due to a number of reasons which included; wrong targeting by enumerators, illiteracy and lack of timely verification processes.
And in February 2020, former Ministry of Finance Permanent Secretary Emmanuel Pamo was put to task during the Parliamentary Accounts Committee (PAC) sitting to hear feedback on audit queries surrounding the misuse of social cash transfer.
This was after it was revealed that government had failed to recover over K2 million given to ineligible beneficiaries of the social cash transfer scheme.
It is in this vain that the Ministry of Community Development and Social Services has been carrying out an assessment survey to determine who should genuinely be beneficiaries on the Social Cash Transfer in the new dawn Government.
Minister in charge Doreen Mwamba recently explained to Money FM News that the survey will give answers to some media reports which state that some beneficiaries of the social cash transfer scheme are not qualified.
Ms. Mwamba said the Social Cash Transfer initiative is meant to benefit the poor, hence Government will see to it that the program happens accordingly.
According to Ms. Mwamba, the United Party for National Development (UPND) has further digitalized the Social Cash Transfer payment system to enhance transparency and accountability as well as avoid leakages of funds.
The Social Cash Transfer Program has been making payments to beneficiaries using a manual system through pay point managers who are government employees.
Ms. Mwamba recently told Parliament that it is expected that the systems that have been put in place will enhance program credibility and sustainability, while cementing support and beneficiary acceptability.
For Policy Monitoring and Research Centre (PMRC), there is need for government to expedite implementation of electronic payment platforms for the social cash transfer system.
Organization Acting Executive Director Sydney Mwamba told Money FM News in an interview that electronic platforms such as mobile phone accounts or smart cards will help to improve security as well as enhance accountability and transparency in the management of the funds.
“The major challenge with implementation of the social cash transfer has been that of reducing the administrative costs for effective execution of the program, as recommended threshold for administrative costs of the program is pegged at 15 percent of the total program budget.”
“Reducing the administrative cost through the use of electronic platform, can help ensure that pay outs are made to the beneficiaries in a regular and timely manner, and in a cost reflective way to enable scaling up of the program,” Mr. Mwamba said.
In August 2022, Ministry of Finance and National Planning released a total amount of K11.9 billion to finance public service delivery, out of which K227.4 million went towards the Food Security Pack, while K500 million was released for the Social Cash Transfer Programme.
The consistent and timely release of funds towards social aspects of the economy is a relief to many people especially those in peri-urban areas where poverty levels are high, leading to an influx of people flocking to major towns to beg for alms on a daily basis.
And during a recent visit Ministry of Community Development and Social Services to discuss Zambia’s social protection sector, the World Bank, led by Practice Manager of Social Protection and Jobs, Robert Chase, welcomed the leadership and hard work which has demonstrated strong results in the delivery of Social Cash Transfers and implementation of many other social protection programmes under the Ministry.
The World Bank further appreciated the timely and predictable Social Cash Transfer payments resulting in the program scaling up to almost 30% of the population and 50% of the poor with a more adequate transfer value
The team met Permanent Secretary, Angela Kawandami who reaffirmed Government’s commitment towards quality delivery of social protection programs.
It is therefore the hope of every Zambian that government will make poverty reduction a top priority by ensuring proper implementation, monitoring and evaluation of policies.

Government set’s a conducive environment for implementation of SDG’s.