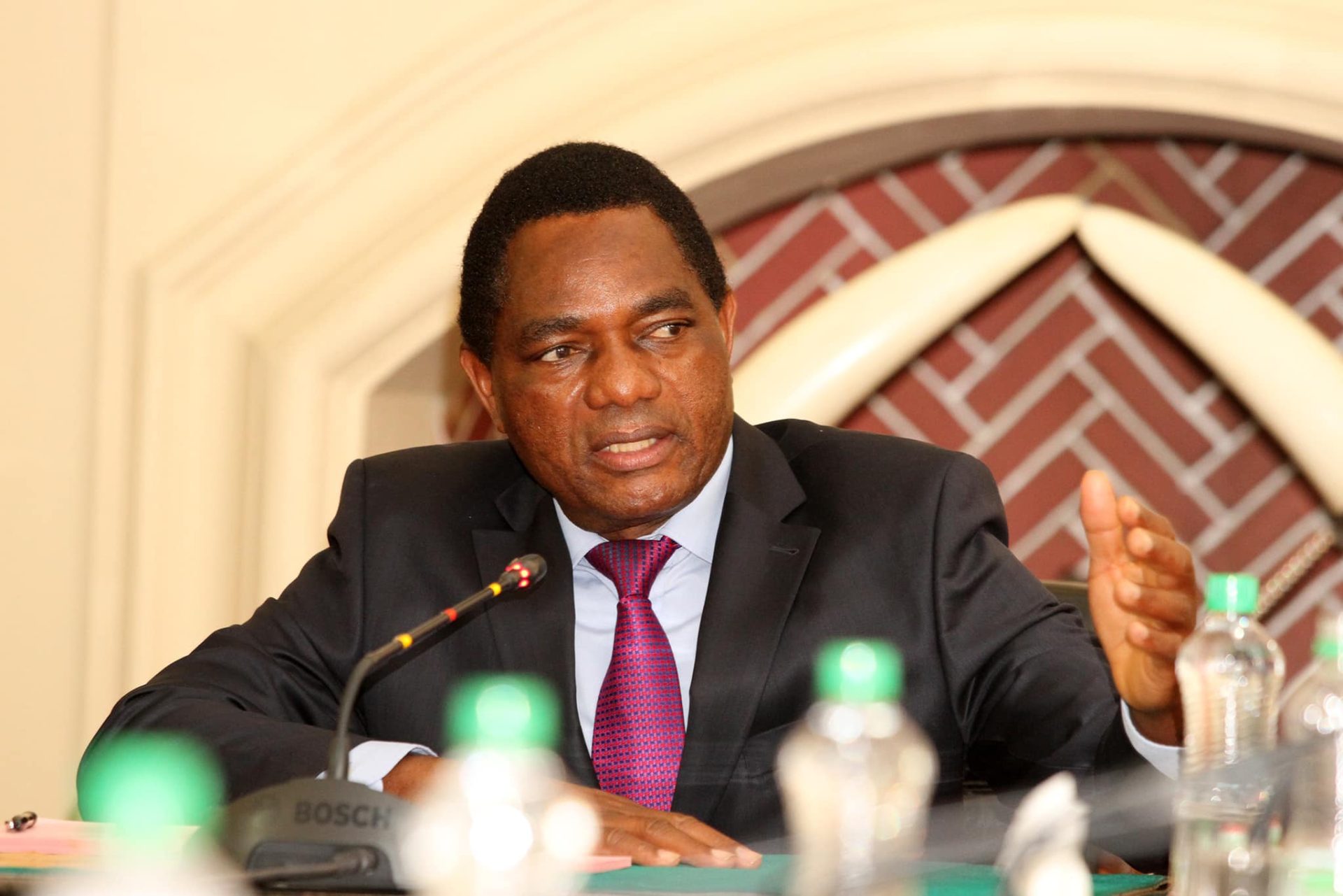 • Zambia expects China to invest over US$20 billion in the country’s economy by 2030.
• Zambia commends the Chinese Business community for investing about US$ 9.4 billion in Zambia.
• Zambia will continue to deepen investment and trade with China.

President Hakainde Hichilema says Zambia expects China to invest over US$20 billion in the country’s economy by 2030.
Officiating at the first ever China -Zambia Trade and Investment Forum in Lusaka, President Hichilema commended the Chinese Business community for investing about US$9.4 billion in Zambia through various sectors of the economy.
The Head of State stated that Zambia will continue to deepen investment and trade with China, adding that the aim of the Forum is to access market for Zambian products as well as enhance trade between the two countries.
President Hichilema committed to work on all the Memoranda of Understanding (MoUs) that were signed by previous Governments.
“This forum is a direct outcome of a telephone conversation we had with president Xi Jinping, president of the Peoples’ Republic of China in June, 2022; during which we agreed to maintain the momentum of strong China-Zambia bilateral relations, underpinned by a resurgence in the trade and investment volumes between our two countries.
“We therefore, are grateful to president Xi Jinping, the government of the people’s republic of china; and indeed, thankful for the unrelenting efforts of his Excellency, Ambassador Du Xiaohui, for actualizing and co – hosting this very important forum with our Government,” President Hichilema said.
President Hichilema added that the Forum will enhance market access and collaboration on trade expansion by following up and implementing agreements on quotas, beef and soya beans among others.
He said it will also set up joint ventures on value addition to raw materials.
Meanwhile, President Hichilema said Government is looking forward to transactions that will lead to the manufacturing of drugs within the country to mitigate the shortages of essential medicines.
“Zambia-China Trade Forum is envisaged to deliver and facilitate investments in Mining, Manufacturing, Construction, Agriculture, ICT and digital development, High quality industries development, Energy, Green Economy and pharmaceutical production.”
“China remains a key and major trade partner, with Zambia’s exports to china estimated at 1.2 billion United States dollars in 2021, while imports over the same period, were estimated at 896 million united states dollars – culminating in a positive trade balance of approximately 847 million united states dollars, in favour of Zambia, “He added.
Speaking at the same event, Chinese Ambassador to Zambia Du Xiaohui revealed that more than 600 companies have invested over US$3 billion in Zambia.
And Minister of Commerce, Trade and Industry Chipoka Mulenga said after the Forum, the Ministry will increase investment from China which will lead to value addition.