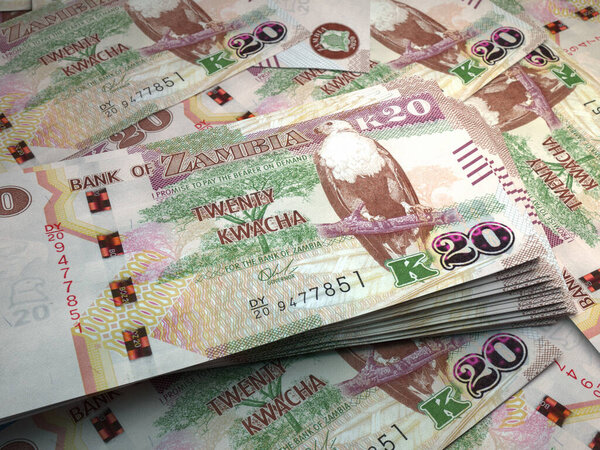 • The Kwacha depreciated by at least 2% from the average of K15.08.
• This could be attributed to a number of factors but notably among these is the increase in demand for the greenback.
• Positive outcome on the G20 Creditors relief to Zambia will bring in the much needed stability on the Kwacha.

The Zambian Kwacha recorded minimal losses in October 2022, against the United States dollar and other convertible currencies.
According to Financial Analysts, the local currency kept on changing between gains and losses in the month under review.
And an Economist observed that the Kwacha lost value by about 2% in October 2022, from the average of K15.08 ngwee, and started trading around K16.03 ngwee against the US dollar.
Emmanuel Zulu told Money FM News in an interview that this could be attributed to the increase in demand for the dollar among other notable factors.
Mr. Zulu stated that the momentum of the positive sentimental gains following the International Monetary Fund (IMF) bailout package recently granted to Zambia was equally dwindling, therefore putting pressure on the Kwacha against the greenback.
He explained that with the creditors yet to decide on the fate of Zambia’s debt restructuring, uncertainties on the Forex market are creeping in, thereby wiping the gains the local unit had made.
“The performance of the Kwacha in the past month saw it depreciate by at least 2% from the average of k15.8 to start trading around k16.3 against the greenback.”
“There were expectations that the creditors will speed up and ensure that they grant the relief to Zambia but the delay now is causing some level of uncertainty in the market and that is not going well for the Kwacha’s performance,” Mr. Zulu noted.
Mr. Zulu however said the positive outcome on the G20 Creditors relief to Zambia will bring in the much needed stability on the Kwacha.
“Government is urged to ensure that they speed up negotiations with the creditors to ensure that there is positive outcome as soon as possible so that there is that stability in the market,” he added.
The Kwacha has today opened the market trading at K16.16 ngwee and selling at K16.47 ngwee.

Over 3, 200 teachers to be trained in Digital Literacy