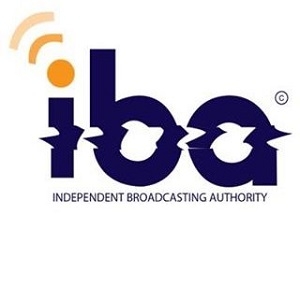 Ministry of Information and Media says New guide lines for Broadcasting Stations by Independent Broadcasting Authority (IBA) are important in regulation of the broadcasting Industry as they ensure that broadcasting stations are treated the same among other benefits.

“We would want that as the new dawn that everyone is treated equally” he emphasized.

Mr. Kalunga also urged IBA to adhere to the guidelines and ensure that all licensees are aware of the new guidelines.

The Permanent secretary reminded broadcasting licensees to comply with the guidelines to avoiding breaching of the same.

He stated that Ministry remains committed in providing a conducive environment in which the Media can thrive.

Earlier, Independent Broadcasting Authority (IBA) noted the new guidelines were been developed in accordance with section five subsection 2 of the IBA Act number 17 of 2002 which mandates the authority to set standards and licensing conditions and also to enforce compliance of these conditions.

Elizabeth Mweene Chanda speaking on behalf of the of IBA Board Chairperson Chikosola Chuula notes “the provision of the law cited above is a testament to the important role that the authority has in ensuring that the broadcasting sector is properly regulated and Licensees comply with the conditions given and other legal requirements.

The Board Chairperson notes the standard and conditions attached to the licenses issues under the IBA relates to infrastructure of broadcasting houses, security situation of broadcasting premises, Content Produced and Aired by stations, Renewal of broadcasting Licenses and expiry, display of licences at the Premises of a broadcasting station, Transfer, selling and leasing of Broadcasting licence, Payment of licence and annual operating fees, changing of programming character, commencement of broadcasting within 120 days.

Mr. Chuula indicated that having well documented guidelines to provide steps to be followed when enforcing compliance will ensure that all licensees are given the same treatment in determining their cases.

“The Way one station is treated would be the standard for others because the same measure would be used,” he indicated.

He said among the benefits that would accrue from the approach include objective decisions because the same standards will apply to similar cases, avoidance of arbitrary decision-making which could result in using double standards when handling cases, which could potentially lead to injustice.

According to him, other benefits include effective and efficient decision making considering that clear guidance would have been provided and avoidance of discretionary powers.

IMF team to return to Zambia in early 2019

Power Purchase Agreement will not be renewed.