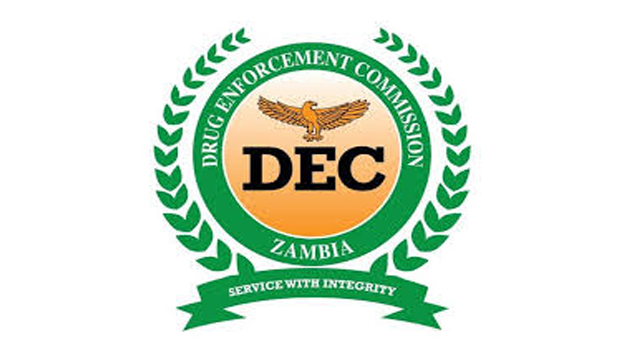 • The Commission has been experiencing a lot of cases that have led to loss of funds in banks and other financial instituions.
• This is not good for the economy.
• There is a rise in the financial crimes which are involving money circulation schemes.

Drug Enforcement Commission (DEC) has disclosed that it has handled about 26 cases related to financial crimes from 2020 to date involving over K277 million.
Speaking during a training workshop on cybercrimes and cyber security targeting those in the Financial Services sector organized by Bankers Association of Zambia (BAZ) in collaboration with DEC and Attorney General Alliance (AGA) Africa, Commission Deputy Regional Commander for Northern Region Mathias Kamanga, said this is a huge amount of money which could have been channeled to needy areas of the economy.
Mr. Kamanga stated that the Commission has been experiencing a lot of cases that have led to loss of funds in banks and other financial instituions, a situation he said is not good for the economy because huge sums of money are going out of the already struggling economy.
He stressed the need for individuals and corporate institutions to help combat these financial crimes and preserve the economy.
“Over the past few years, there has been an increase in the number of cases that we handled and also an increase in the amount that have been involved in those cases. From 2020 up to now, the Commission has handled about 26 cases that have been reported to us and these cases have involved over K277 million and this is not a small amount that we can talk about taken out of our economy which is already struggling.”
“If we are able to keep and preserve these funds within our instituions, we are assured that we will be able to grow our economy and contribute to the development of this nation,” Mr. Kamanga said.
He also called for enhanced financial literacy following the rise in Ponzi schemes or money circulation schemes, as fraudsters are preying on unsuspecting citizens because most of them lack information on how the financial market operates.
“Issues of financial literacy are a big issue, some of us may think that everybody is financially literate within our institutions but we need to take that discussion further to talk about cyber security as it relates to issues of financial literacy because if we don’t do it, that is why we are having certain problems that are affecting us as institutions.”
“There is also another thing that has been on the rise which all of us must speak to today which is the rise in Ponzi schemes which is just thriving on the fact that as much as you and me can be literate about the financial issues that surround us, there are also people out there who the fraudsters are preying on because they do not have information on how the financial market works. We have a problem now where there is a rise in these financial crimes which are involving money circulation schemes,” he stated.
Speaking at the same event, Bankers Association of Zambia (BAZ) Treasurer, Mwindwa Siakalima said the financial services sector has made tremendous progress in the last five years in its digital payments journey and this has led to an increase in frauds and cyber-crimes on digital financial channels.
Mr. Siakalima noted that transaction banking has evolved and is now in the hands of customers, through service channels available 24/7, adding that the sector has moved from institutional innovations to collaborative innovations, bilateral channels to universal channels and differentiation to homogeneity.
He added that the training workshop is therefore aimed at fostering unity and collaboration in the fight against frauds and cyber-attack in the financial market.
“While we continue to celebrate these efficiencies, the sad reality is that we have also seen an increase in frauds and cyber-crimes on these digital channels. Attacks are well coordinated and increasingly riding on some institutional perspective and belief that they are forfeited and better protected than their competitors.”
“The reality however, based on what has been happening, is that we are as strong as the weakest link in the payment ecosystem. In us we have the skills, knowledge and systems which can enable our collective push in thwarting threats, identifying them in advance and to create confidence and trust in the systems we deploy,” Mr. Siakalima explained.
Meanwhile, Attorney General Alliance (AGA) Africa Representative, Mulenga Kapwepwe notes that financial crime such as money laundering and terrorism financing have continued to become increasingly globalized, complex and digitized in nature, hence the need for the private sector to put in place adequate compliance mechanisms to prevent such criminal acts.
“With regards to financial crimes whether it is money laundering and terrorism financing, each of you plays an important role in supporting effective investigation and prosecution of such crimes because the financial system is critical to criminal activities as criminals and terrorists use the financial system to hide, move or send their money. So it is necessary for you to put in place adequate compliance mechanisms such as Know Your Customer (KYC) to prevent the use of these systems for criminal purposes.”
“As institutions monitoring the flow of funds that you receive, you can also provide much needed intelligence to stop crime and prosecute perpetrators. Carrying out such measures allows for a stable and safer environment for you to conduct business and innovate and increases public trust and confidence in your instituions,” Ms. Kapwepwe stated.

99.9% of Copperbelt farmers benefit from FISP